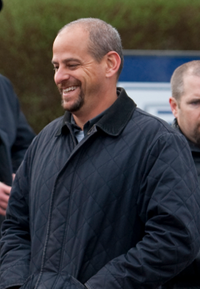 Marc Roskin is an episode director for ABC's Killer Women.

Marc Roskin is a television director and producer, who has worked on many popular shows, including Alias, Felicity, Invasion, Scrubs, and Parenthood.

In September 2013[1], Marc Roskin had signed on to direct Season 1, Episode 2 of Killer Women, titled "Some Men Need Killing", which is written by Hannah Shakespeare

Retrieved from "https://killerwomen.fandom.com/wiki/Marc_Roskin?oldid=4272"
Community content is available under CC-BY-SA unless otherwise noted.